How to Make Your Small Business a Success 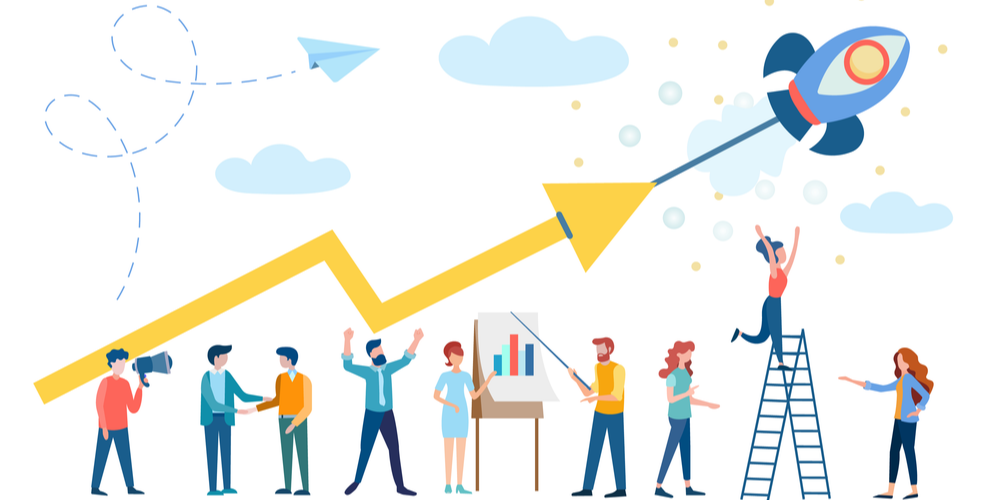 Many entrepreneurs dream of starting a unicorn business. A unicorn startup is a private company with a valuation of over $1 billion within five to seven years. You and your team may have palpable aspirations of becoming the next former unicorns similar to Uber, Airbnb, Facebook or Google. With nearly 700 unicorns worldwide, reaching a cumulative valuation of over $2.2 trillion … making your small business a success. Must be easy right?

In fact, business-building is simple, but it is far from easy. Similar to Minoru Yoshida of Japan doing 10,507 push-ups in a row, you can conceptualize that ridiculous number of push-ups, but it doesn’t save you from the massive amount of physical and mental effort required to achieve even one-tenth of that impressive feat. Growing your business is similar to building a series of effective habits that get your business dreams out of your heads and into the world. Consider the following anchor points to start your small business startup checklist — whether you have unicorn dreams or not.

1: See the End, in the Beginning

Your vision, in many ways, is your company. It’s your end goal. It’s your custom definition of success. The problems your company solves, also known as the value it creates, will define your startup’s future legacy. If it doesn’t add value, then it risks being forgotten with every other business that fails every year. The hard facts, according to the Bureau of Labor Statistics:

The point is, creating massive value will help you leapfrog past these statistics. And to do that you’ll need to hold fast to your vision, especially if your idea hasn’t been realized before. That mentality held true over 100 years ago when Henry Ford said, “If I had asked people what they wanted, they would have said ‘faster horses.’” And, it’s still true today when Jeff Bezos wrote to his shareholders (talking about the wildly successful Alexa) wrote, “Market research doesn’t help. If you had gone to a customer in 2013 and said, ‘Would you like a black, always-on cylinder in your kitchen about the size of a Pringles can that you could talk to and ask questions, that also turns on your lights and plays music?’ I guarantee you they’d have looked at you strangely and said, ‘No, thank you.’”

Have the courage to stick to your vision. By seeing your end goal from the start, and every day thereafter, you and your team will have the all-important benchmarks to truly measure your success. Otherwise, you risk being swayed by your competition to do what everyone else is doing and thereby increase your chances of being a statistic. Why is that? A mentor once told me it’s because being significantly successful requires being part of the few that are different versus the many who are average.

Commit to your big picture goal.

You don’t have to go it alone. In fact, you and your team shouldn’t. According to a recent Forbes article:

Since the early years of any business are a crucial make-or-break period, business mentors are vital to your success. Why reinvent the wheel, when your mentor can give you a functional outline? Consider seeking the following traits when looking for an ideal mentor for your business:

There are several methods of securing a mentor. Find your mentor or chief advisor through networking, both online and in-person as well as established organizations such as SCORE, with over 13,000 volunteer mentors, helping new entrepreneurs for over 50 years with free business mentoring. Another strong resource is MENTOR, an organization that aims to close the mentoring gap through quality mentoring for young people.

“Don’t aim for 10 percent improvement. Make it radically better and different.” That’s sage advice from Seth Goldman and Barry Nalebuff’s book: “Mission In A Bottle.” In it, Goldman and Nalebuff share their secrets of building their once-upon-a-time startup, Honest Tea, from scratch into a $100 million company that was acquired by Coca-Cola Company in 2011. Honest Tea was radically different when first introduced. Looking back, it might even seem unfair now because it was so obvious: make bottled iced tea that actually tasted like tea. However, at the time it was an extreme departure from the norm, given all the beverages that were out there — even they thought it might be a recipe for disaster.

Any startup team inevitably faces personal and professional struggles that get in the way while you build your brand. You’ll likely experience countless rejections, sleepless nights and one or two close calls with financial ruin. These are key reasons why you need to get radical. Why bother going through all that pain just to end up a small business statistic?

4: Build Reserves of Money AND Grit

In actual fact, you’ll need vast amounts of both. Many businesses will opt for traditional methods of funding, but it makes strong practical sense to consider innovative capital-raising methods like revenue-based funding. Where traditional methods have built-in limits, newer methods like revenue-based capital can scale with you as your company grows. Whatever capital-raising source you choose, make sure it aligns with your company’s greater goals.

You’ll need vast reserves of energy too. Legendary Apple, NeXT and Pixar founder Steve Jobs once said, “I’m convinced that about half of what separates the successful entrepreneurs from the non-successful ones is pure perseverance.” Harvard Business Review confirms that perseverance, grit and tenacity are some of the most important traits of successful entrepreneurs. The characteristics of grit are difficult to measure, but can be outlined by Angela Duckworth’s “Grit: The Power of Passion and Perseverance” with the following traits:

Grit is more of an attitude than a singular trait. It’s more about allowing for embracing your team’s inevitable missteps, failure and disappointment and channeling that energy into future wins. Cultivate grit as your company’s culture from day one.

Marty Aquino has been a passionate writer on venture capital, technology, forecasting, risk mitigation, wealth and entrepreneurial topics since 2009. He is the founder of Carbonwolf Energy, a venture-capital firm specializing in world-changing and status-quo-defying technologies and people.

Mashable - Steve Jobs's Other Amazing Companies: NeXT and Pixar

Forbes - 5 Characteristics Of Grit -- How Many Do You Have?